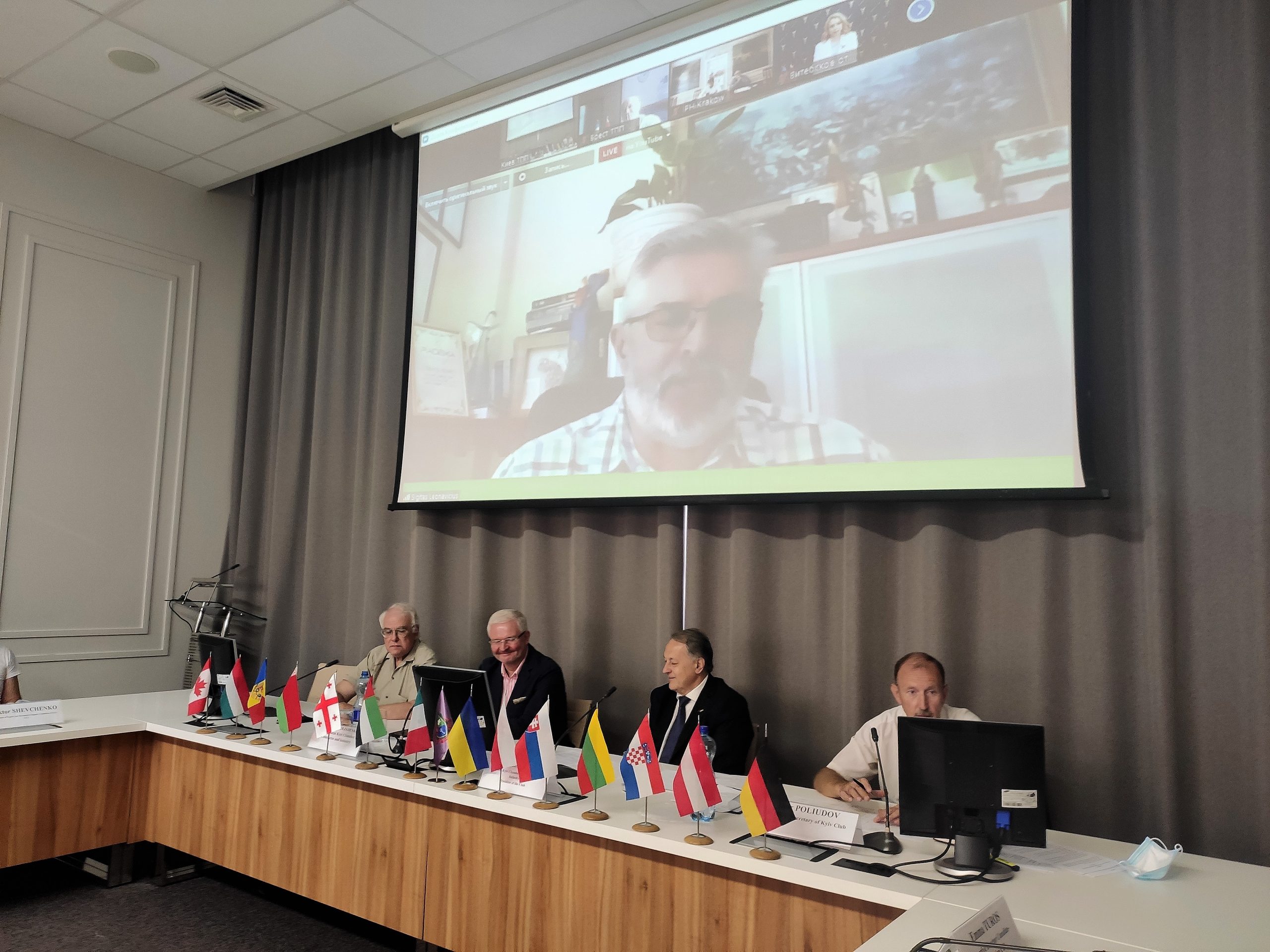 Foreign chambers of commerce and industry have consolidated their efforts to establish mutually beneficial international economic relations and to increase entrepreneurial activity.

On June 30, 2021, the leaders of the Chambers of Commerce and Industry of Kyiv, Krakow, Leipzig, Zagreb, Dubai, Bratislava, Vilnius, Brest, Batumi, Sant-Angelo, Moldova, Vitebsk, Kherson, Rivne and the Ukrainian Union of Industrialists and Entrepreneurs have exchanged experiences during the Covid-19 pandemic, discussed the plan of joint program and organizational activities during III Summit of the INTERNATIONAL KYIV CLUB OF PARTNER CHAMBERS (KYIV CLUB) in the online format.

KYIV CLUB is a newly established public association that unites national and regional chambers of commerce and industry, promotes business activity and mutually beneficial relations between countries and regions. The association was officially registered with the Ministry of Justice of Ukraine in 2020 and included representatives of chambers from 13 countries - Austria, Belarus, Georgia, Italy, Lithuania, Moldova, Poland, Slovakia, Slovenia, Hungary, Croatia, UAE, Ukraine. Chambers of Commerce and Industry of Kyiv, Vilnius and Krakow were its founders. It is symbolic that these countries are united by a common historical past and correspond to the ideology of the “Lublin Triangle” created in 2020 by foreign ministers.

“I would like very much to meet you in person again and shake your by my hand, however, the worldwide situation with the COVID-19 pandemic has amended our plans and has interrupted our annual summits offline. I would like to note that our desire for cooperation between the chambers and their leaders did not appear today or yesterday. Our Kyiv meetings have been going on for more than 11 years and our partnerships with many chambers have been going on for more than 30 years!!!”, - has shared Mr. Zasulskyi.

The Ministry of Foreign Affairs of Ukraine will provide support to the KYIV CLUB. Dmytro Senik, a Deputy Foreign Minister of Ukraine has announced this.

“I would like to assure you, dear members of the Club, of the support provided by the foreign-policy institution of Ukraine. The Ministry of Foreign Affairs headed by Dmytro Kuleba, a Minister, the Council of Exporters and Investors and I personally are open to dialogue and ready to implement new ideas. I’m confident we will have the opportunity to intensify and to bring economic cooperation between our countries to a qualitatively new level, to promote the establishment and deepening of ties between the representatives of our business. For this purpose, in particular, there is Council of Exporters and Investors at the Ministry of Foreign Affairs of Ukraine, a platform where information on investment and trade opportunities from around the world is accumulated and which facilitates business contacts between Ukrainian exporters and importers abroad. We are happy and ready to cooperate”, - Mr. Dmytro Senik has reported.

Mykola Zasulskyi has noted that the International Kyiv Club of Partner Chambers is already operating successfully. In previous years, business trips were carried out to Vilnius, Italy, Bratislava and Belarus. The Chamber has also been cooperating with the Nuremberg Chamber of Commerce for many years.

“I want to say that time has not been wasted for us because our Chamber has acquired a new, even more modern face. The same applies to equipping with the most modern computer and office equipment. Kyiv CCI combines the functions of providing services and working with its members. Last year, more than 45,000 businessmen used the services provided by our Chamber. Its activities correspond to the generally accepted principles and areas of activity of the world chambers of commerce and industry. In 2020, we not only didn’t reduce financial performance but also were able to expand the range of services, implement a number of very important initiatives and today we are sharing our experience with other chambers.” 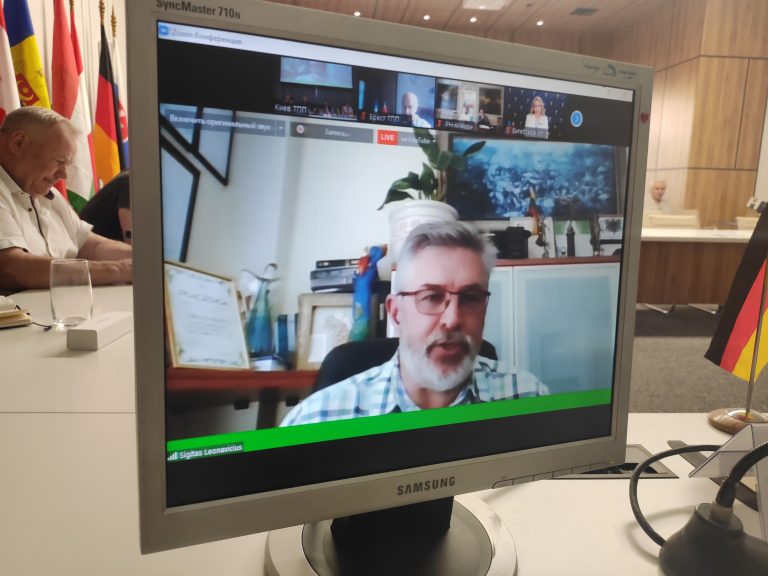 Sigitas Leonavičius, a Vice-President of the Club and a President of Vilnius CCIC (Lithuania) assured that the role of the Chambers of Commerce and Industry existing for more than 420 years is extremely high, especially during the pandemic.

“I would like to have the opportunity to constantly share our common experience in the Club because we have a good organization with legal status, we should be heard by our governments, ministers of economy, in Brussels. In the future we need to meet more often and not only at the level of the presidents of our chambers but also of the business delegations in order to be informed about the problems existing in our countries. The Kyiv Club is a great force, it has no analogues yet.” Mr. Leonavičius also shared the experience of the Vilnius Chamber: “I can proudly say that business in Lithuania has survived the crisis much easier than in 2008. The Vilnius Chamber of Commerce has done a lot of work, held international meetings, more than 240 consultations and issued certificates of force majeure. During this time, agreements with the Sumy CCI (Ukraine), Bursa CCI (Turkey), Ankara CCI, Albania CCI, Serbia CCI, Palestine CCI have been signed. We helped the business as much as we could.”

Vitomir Klasic, newly voted Vice-President of the Club, the President of Zagreb CCI (Croatia) expressed readiness to deepen mutual cooperation and also said that the tourism industry in Croatia had suffered more than other industry during the pandemic, 2 earthquakes occurred during this period which also inflicted heavy damage.

Paolo Di Lullo, a President of Italian CCI for the Ukraine said that the government had extended the quarantine, so they were forced to postpone the events or hold them online. “Despite all these difficulties, we will do everything possible to implement the planned action plan. Now we are actively working to obtain funds from the government to implement internationalization projects, involve all international structures, the system of Italian chambers is active,” said Mr. Di Lullo.

Sanan Nasibli, a Head of the Representative of Dubai CCI spoken about measures also taken by the government: “The active optimization measures were taken by our government: some ministries were merged, 50% of public services were switched online thanks to which business activities were supported, a new Ministry of Modern Industry and Advanced Technologies was created. The creation of a pension visa, 10-year gold visa and 5-year visa for entrepreneurs was a great help to the world community and the population of the Emirates, 100% ownership of international business was introduced for the first time. Dubai CCI changed its models to support business and economic development. A business platform was created to online purchase personal protection systems. It is still in high demand. We also created a platform for communication with business where we discussed topics of pandemic control, economic tools for overcoming difficulties. We continue to digitize our services, get rid of paper transactions, more than 100 webinars have been held by us, we develop startup programs“, - Mr. Nasibli summed up and invited everyone to take part in EXPO 2020 expected to be held in October this year.

Belarusian colleagues shared their experience: Valeriy Labun, a Director General of the Brest branch of the Belarusian CCI said that difficulties had arisen at the beginning of the pandemic but the Chamber had established cooperation with Ukraine, Poland, the Baltics and Spain. Export Academy has been created at the Belarusian CCI and provides training for work in foreign markets, as well as training for business professionals to improve their skills. Nataliia Vorobiova, a Director General of the Vitebsk branch shared statistics:

“Despite all the difficulties, Belarus reduced its GDP by 1%. However, in terms of industrial development we reached 100%. This may be due to the fact that we did not have restrictive lockdowns. We have maintained our dynamics in the main areas of industry. According to UN study published in Geneva on February 1 this year, 42% of small and medium-sized businesses have not been able to regain their level - about 32% have reduced their profitability by half and 10% have not regained their level at all”.

Sebastian Chwedeczko, a President and Rafal Kulczycki, a Director of Krakow CCI proposed to held a meeting of chamber leaders in Krakow this autumn in online or offline format depending on the circumstances. Not only the leaders but also the members of the chambers should know about the activities of the Club and about future plans.

Matthias Feige, a Director of international relations of Leipzig CIC and a Representative of the Kyiv CCI in Germany said that exports in Sachsen had fallen by 10%. According to him, the Chamber carried out a study on companies having suppliers from different countries. The results showed that the most unreliable suppliers were from Asia, China and others. Now we plan to find ways to solve these problems and develop a network of suppliers from Europe.

Juraj Maitan, a Director of the Bratislava Regional Chamber of Commerce said that during the pandemic, the Chamber had proposed mitigating measures to the government in order to alleviate the situation in which the business found itself. Now Slovakia is in the green zone and this provides an opportunity to establish new ties with partners.

Emma Turos, an Executive Director of the Canadian-Ukrainian CCI shared interesting statistics: “In 4 months, Ukraine’s exports from Canada increased by 88% compared to the last year. Deliveries from Canada to Ukraine increased by almost 20%. I’m not talking about services, probably much more, as many of our IT professionals work in Canada. “The Chamber is currently working on a revision of the free trade agreement to include services and investment.

As a result of the Summit, the leaders of the Chambers of Commerce and Industry decided to develop further cooperation, to involve business and also outlined plans for next year, among which they decided to prepare a special issue of “Dilova panorama” magazine of  the Kyiv Chamber of Commerce and Industry with materials of each member of the Kyiv Club, to organize an international business forum (online/offline) for business representatives of the Club members, to take part in the International Forum “Cyber security - protect your business - protect your country” and in II International Kyiv Forum of Businesswomen. In addition, there was reached the agreement on joint participation in donor projects and technical assistance programs. The effectiveness of such work was confirmed by a joint project of the Chambers of Commerce and Industry of Kyiv and Bratislava in the framework of cooperation with the European Chamber in the field of tourism. 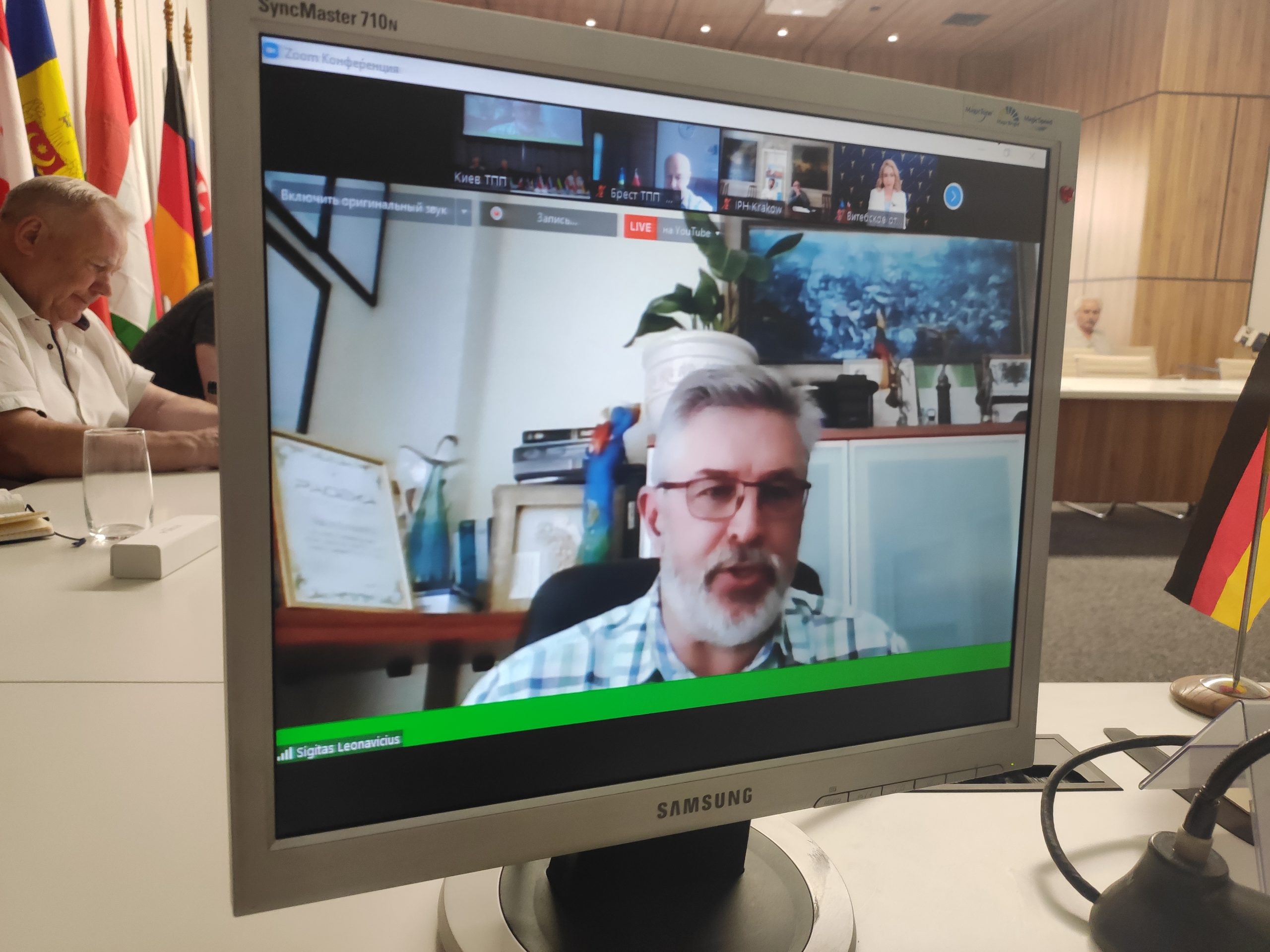 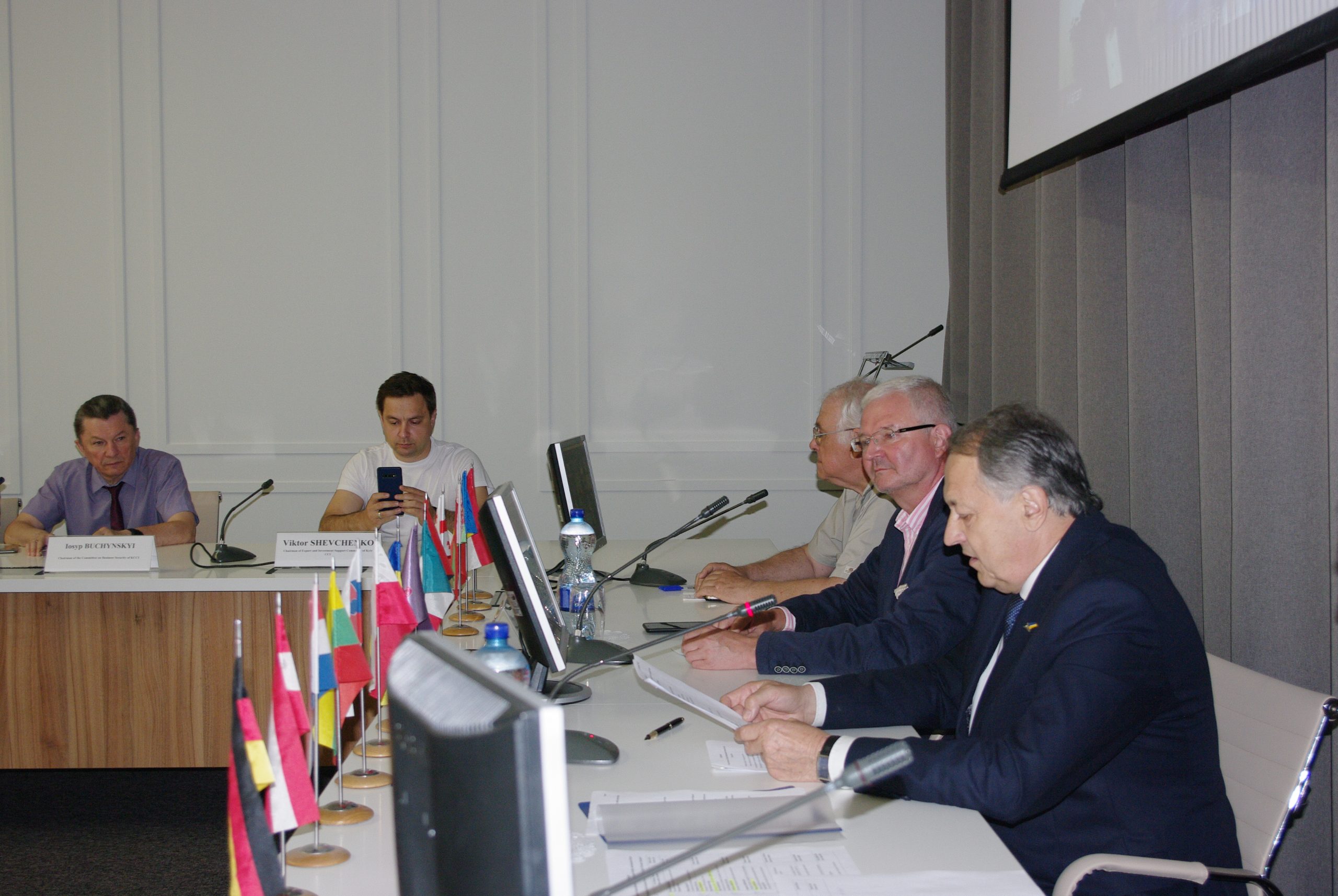 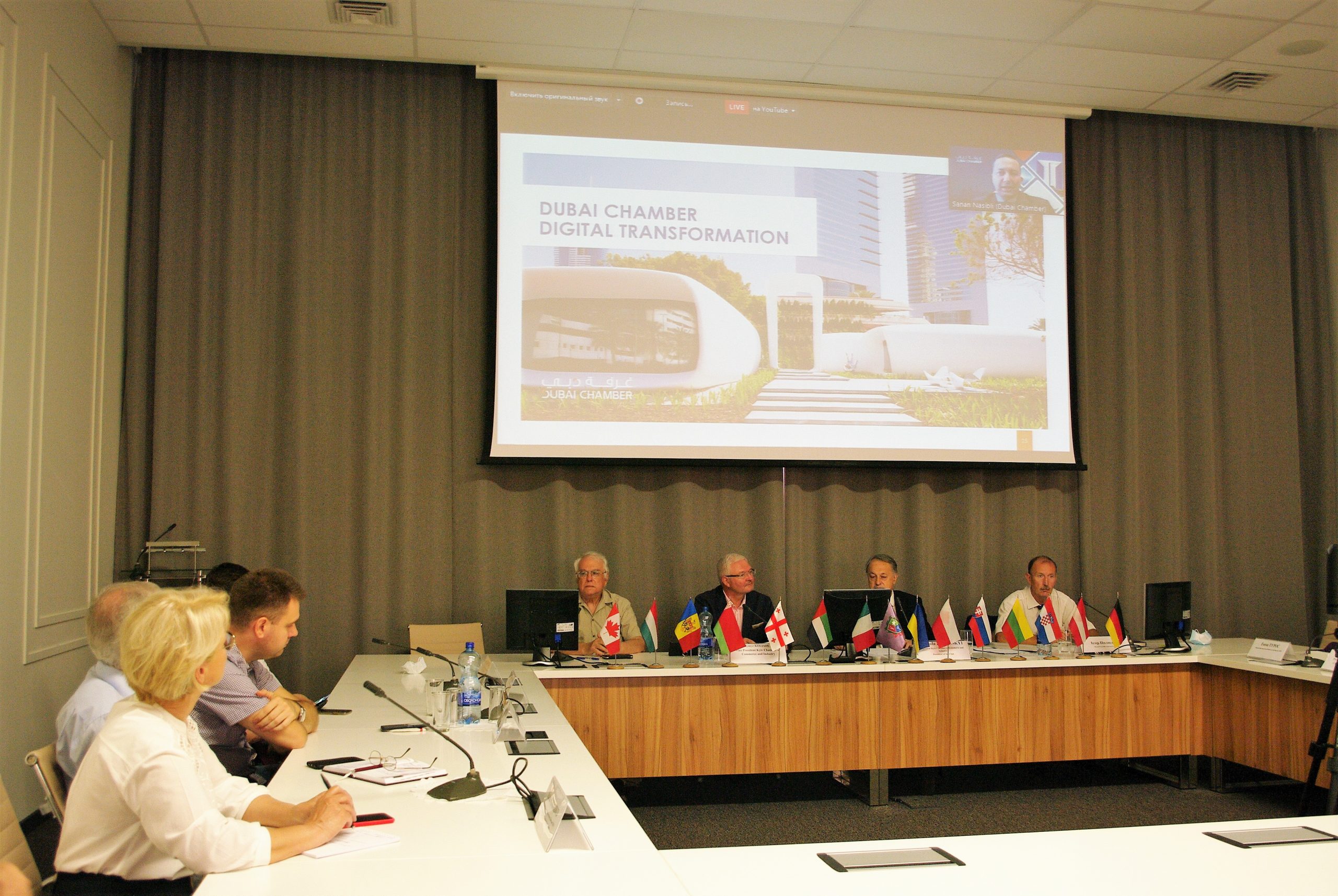 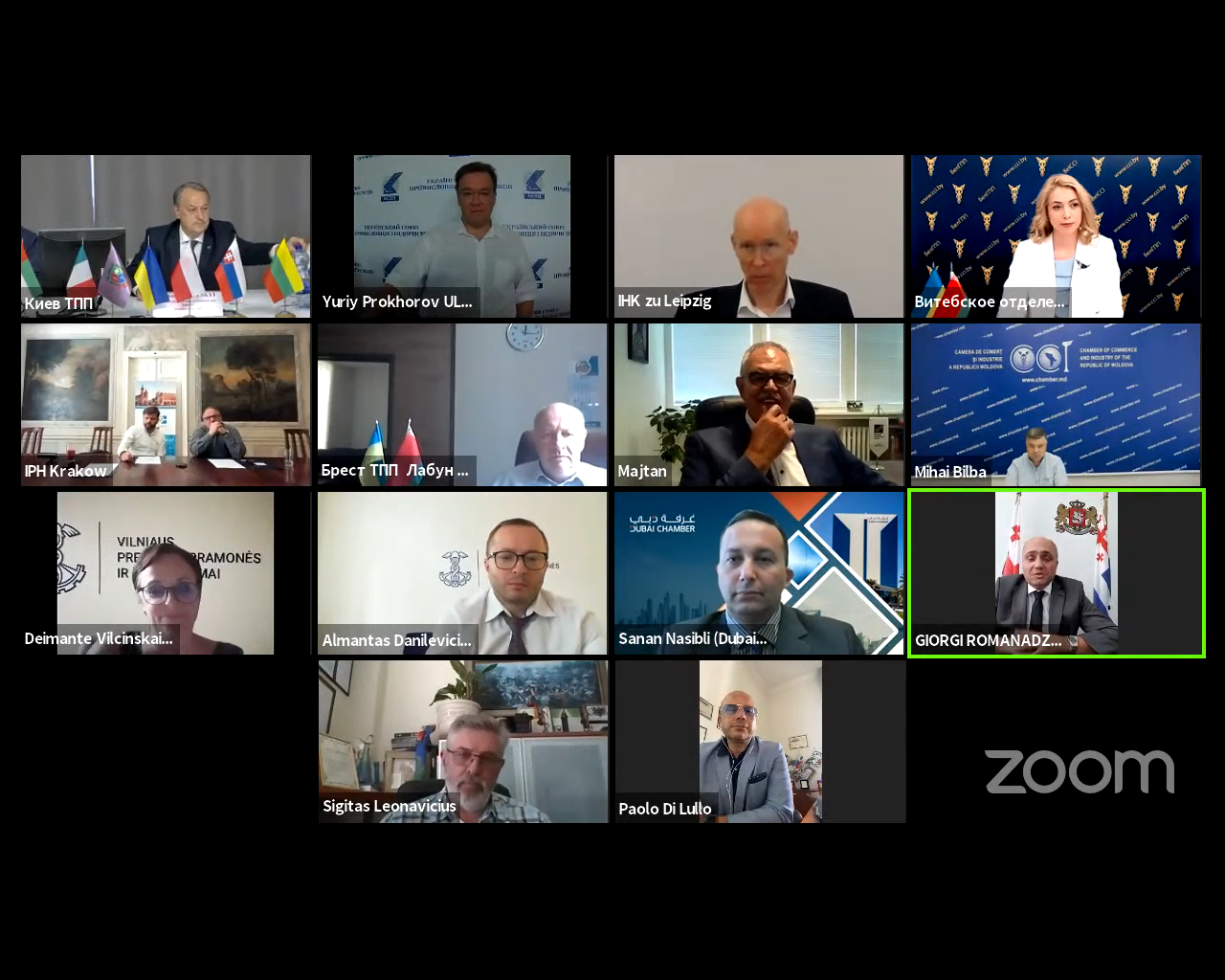 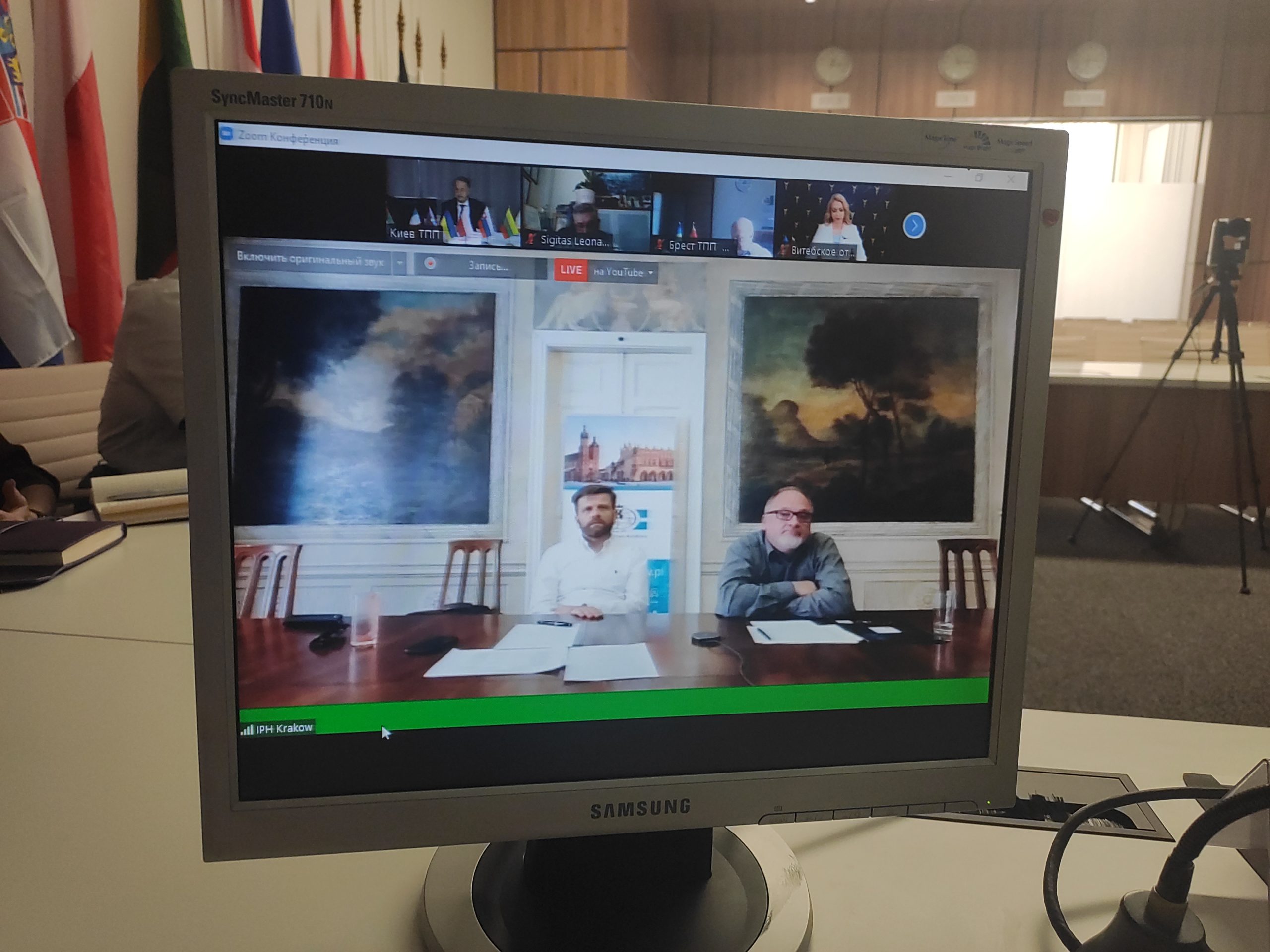 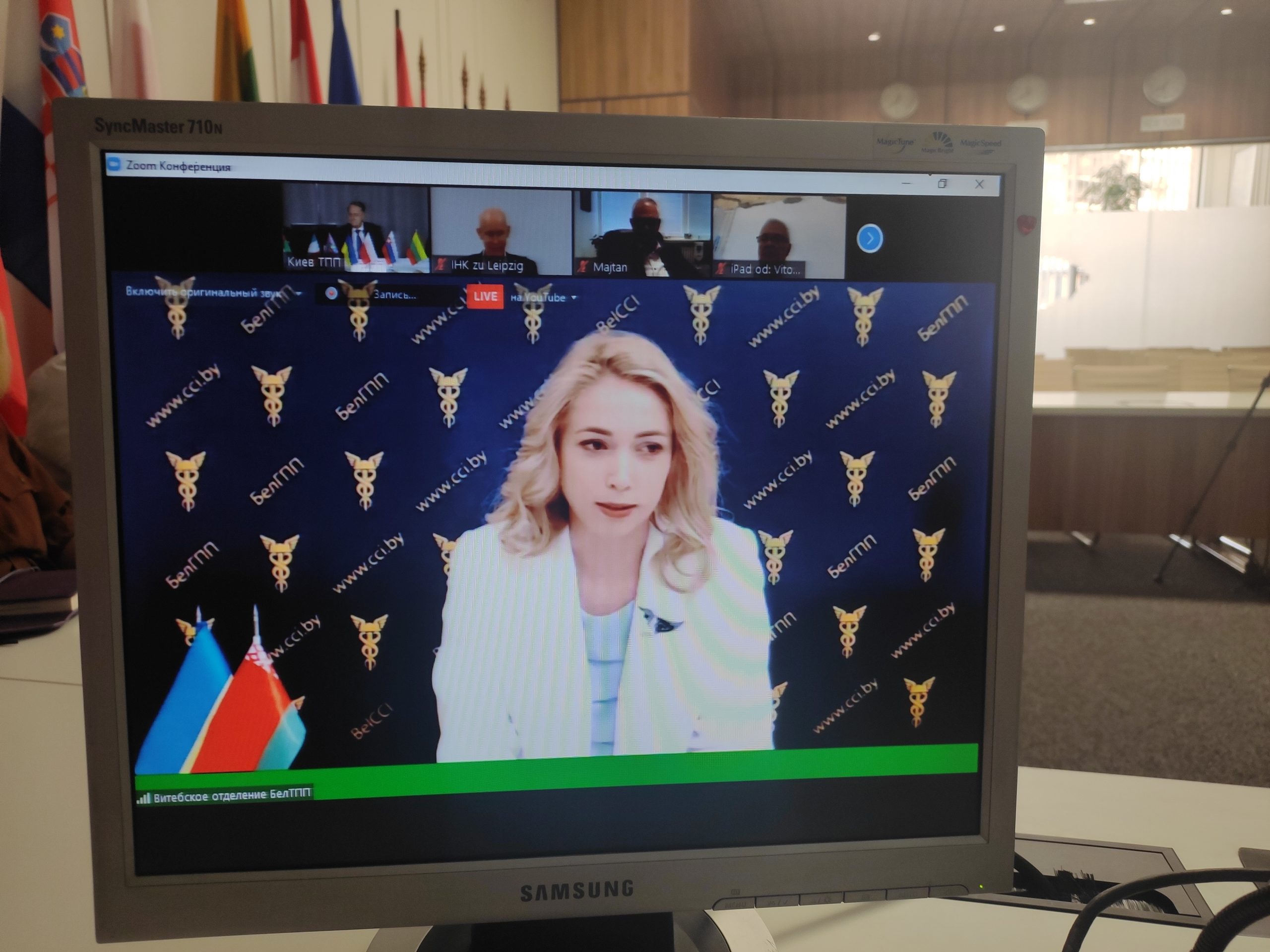 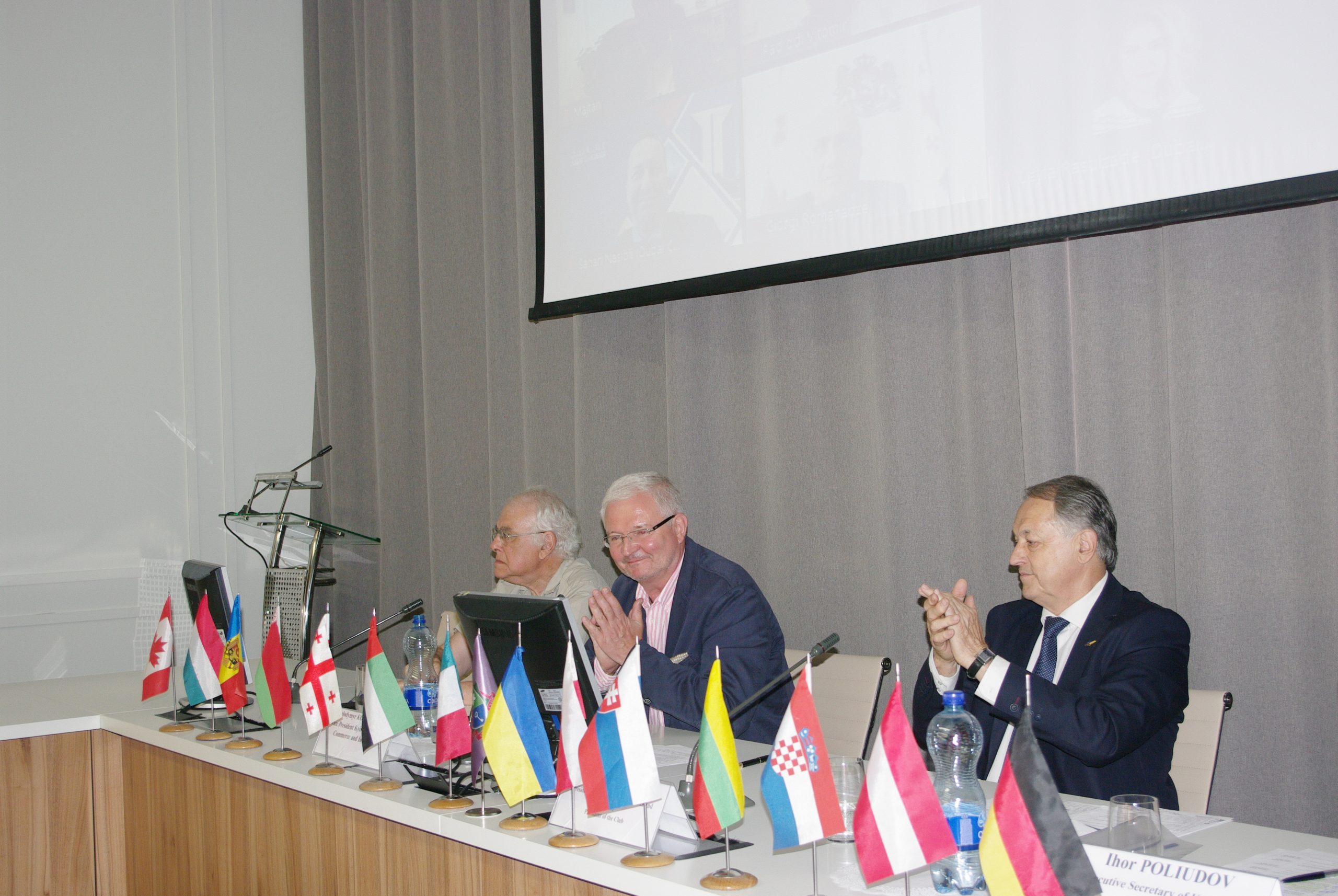 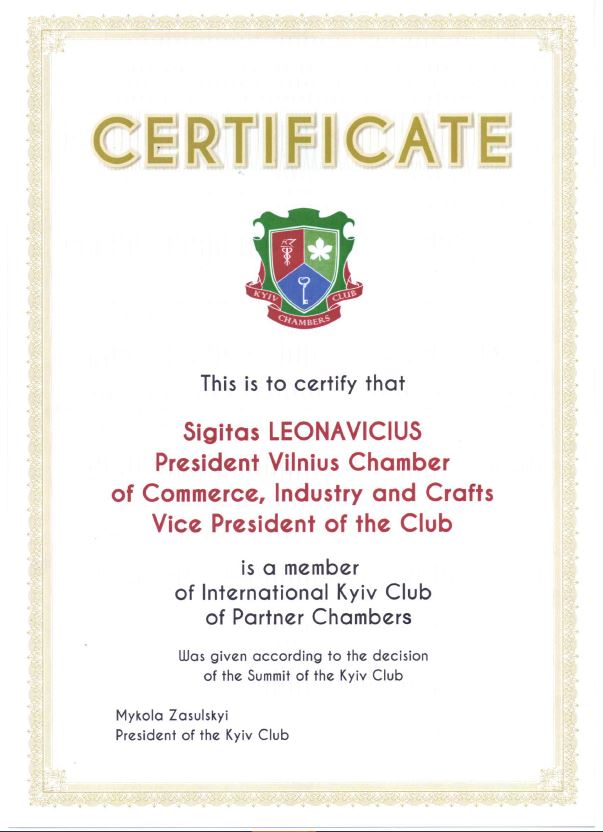