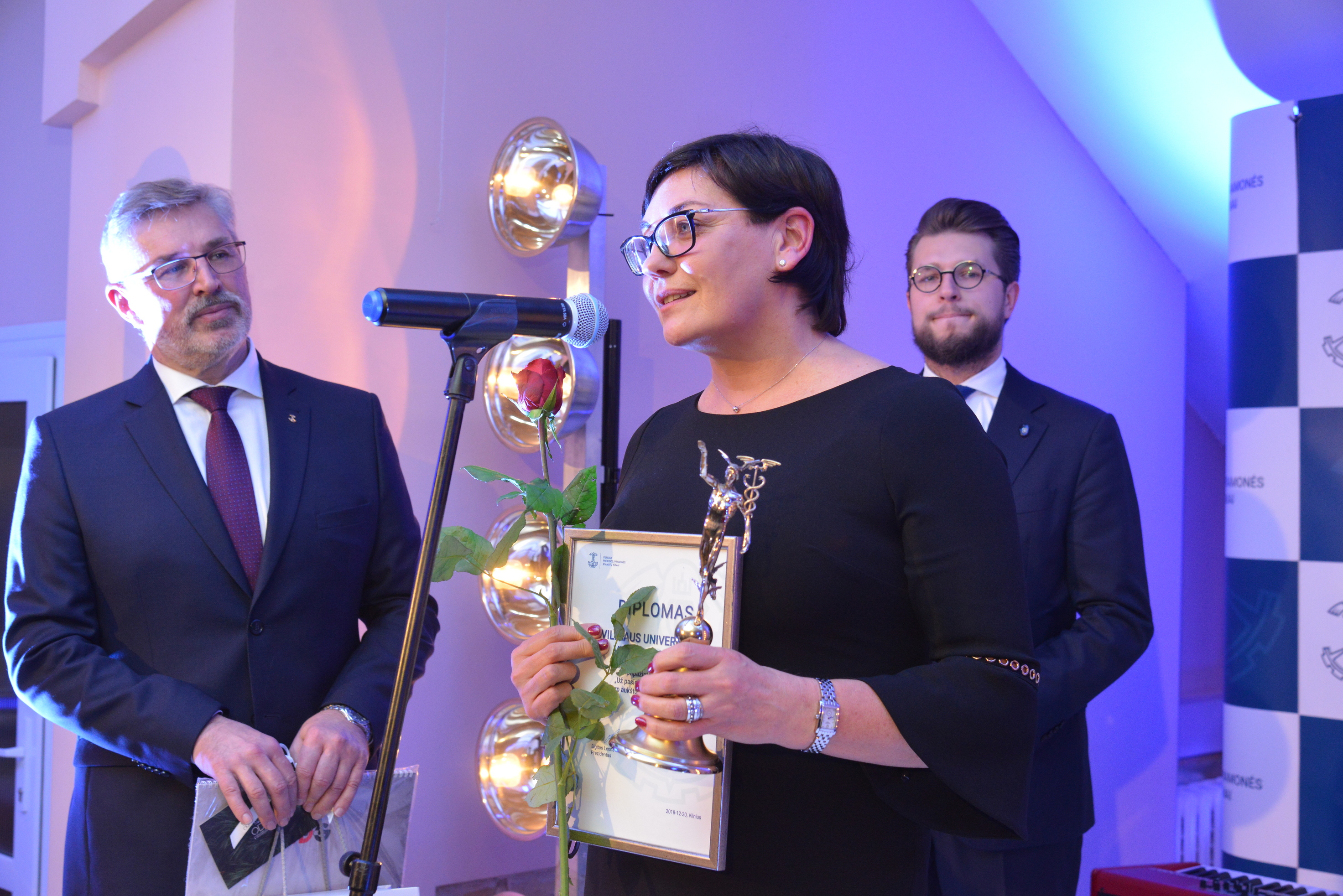 Vilnius Chamber of Commerce, Industry and Crafts announces the Best Business and Educational Institutions of 2018

Vilnius Chamber of Commerce, Industry and Crafts (CCIC) reports that on December 20th the Chamber held the annual awards for business and science community, during which the best businesses, their directors and educational institutions were awarded for their achievements in 2018.

The Chamber has been organizing the Awards for over twenty years. Each year awards are given to the best members of the Chamber, based on data collected about the enterprises, the social engagement of the leaders, and the achievements of the institutions.

The award for Best Business Leader from the Chamber 2018 was won to Žana Kel, Director of UAB Integre.

Another category of awards, which is given out by the Chamber each year, is for the representatives of educational institutions. This year the honorary Chamber award for Achievements of the Year in the category of higher education was given to Vilnius University Business School. In the category of vocational training institutions, the award for Achievements of the Year was given to Alytus Vocational Education Centre.

The Chamber‘s symbols of gratitude For Cooperation, Promotion and Active Participation in Chamber’s activity were awarded to Marius Janukonis, LR Ambassador in Ukraine, Gvidas Kerušauskas, Ambassador of the Ministry of Foreign Affairs of the Republic of Lithuania for Economic Security, Remigijus Šimašius, Mayor of Vilnius and Ligita Valalytė, Director of Employment Service.

The president of the Chamber Sigitas Leonavičius highlighted how important are the supporters of the Chamber ‘’The community of Vilnius Chamber of Commerce, Industry and Crafts is unique, uniting companies, business people, lecturers, scholars, foreign partners, helping Lithuanian companies to develop export, and reinforcing the economic cooperation with other countries. The delegations from Japan, China, Ukraine, Hungary, Taiwan were hosted in the Chamber, missions to the USA, UK, Georgia, Ukraine – these are just a couple of examples of the Chamber international projects and partnerships. The projects would not be successful without the social partners of the Chamber – the Heads of State institutions and local governments.’’

During the Awards, the separate areas of the Chamber were named after the Chamber’s business and science community patron UAB Lietpak and the general sponsor Credital verslui.

“Applications submitted for the Contest by members of the Chamber were evaluated based on criteria approved by the Chamber Council. Business performance indicators such as gross sales per employee, exports of goods or services, profitability of operations, gross margin, total investment in company development, and etc. are analysed. Business communities and educational institutions from Vilnius and Alytus districts take part in the contest, and the winners are approved by the Council” – notes Almantas Danilevičius, General Director of the Chamber.